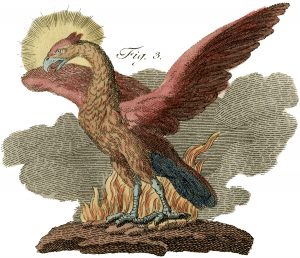 This post is to announce we will be resuming quarterly meetings of our PDX DITA user group, which has been a bit sleepy the last couple of years. We’ll kick this effort off with a meetup for old and new DITA practitioners and friends on March 6th from 5:30-7:00 PM at AppNexus, 711 SW Alder Street, Portland. Bring yourself, your DITA-curious friends, and your opinions. We’ll talk about our current DITA successes and problems, and discuss ideas for future meetings. A more formal session will follow in April.

Many thanks to Puppet for hosting a number of meetings while the group didn’t have a home office. With my employer, AppNexus, beginning a big DITA migration, it seems like the perfect time to re-launch in a new location.

As always, we’ll have snacks and drinks! Come say hi to old and new friends in that inimitable open-source way. Contact Marya at marya.devoto@xandr.com if you have questions.

What was your company’s motivation for switching to DITA?

How did you convert?
Most of the members converted to DITA manually by copy/pasting from their old tool into their new DITA tool. Leona particularly remembers a huge spreadsheet logging the progress of what was converted and what wasn’t.

Did you have to publish while converting?
None of our members had the space in their schedules to devote exclusively to migration. It was a gradual process of conversion, mostly scheduled between releases, with some writers on a team continuing to use an old tool while their teammates moved onto the new DITA tool.

Did you have a team devoted to conversion?
We all had a nice chuckle at the huge pilot team suggested in this chapter. Many of the members had little to no in-house DITA expertise when converting. As Marya noted, DITA is often aimed at large teams but is adopted by small teams, too. Those small teams are doing what they can, with whatever expertise they have and whatever training they can get.

What is the most important training you need while you are converting?

What are some good ways to get that training?

Some things to remember while converting:

Couldn’t make it to the meeting but have something to add? Want to share a story about your DITA conversion? Tell us in the comments!

More people are coming to every meeting! You should join us for the next PDX DITA Book Club meeting:
Where: Viewpoint, 1510 SE Water Avenue
When: October 26, 2016 from 5:00 to 6:00 pm
What: Chapter 12 of DITA Best Practices
RSVP: Email canncrochet@gmail.com

Conref source files
Our members have a bunch of great names for the topics that house content they plan to reuse in conrefs: master reuse files, conref libraries, warehouse topics. No matter what you call them, remember to set the processing-role attribute to resource-only and keep them in a place where you can find them easily.

Keys
Amber gave us a great overview of keys. Keys do for reuse what reltables do for links by storing information outside of topics, making it easier to find and update. Just like linking behavior is stored in reltables but resolve in topics, key values are defined in maps and resolve in topics.

Advice for content reuse
Make sure you always have a good reason why you want to reuse something. The ability to reuse is not a reason to reuse. When in doubt, don’t do it.

Start talking about content reuse strategy with your team, and keep talking about it. Amber suggested setting up brown bags where you and your team rewrite a topic together, talking about what to reuse and what not to. Josh has regular topic reviews with his team. I’m looking forward to scheduling something like it with my team soon.

Couldn’t make it to the meeting but have something to add? How does your team reuse content? Discuss in the comments!

More people are coming to every meeting! You should join us for the next PDX DITA Book Club meeting:
Where: TBD
When: September 28, 2016 from 5:00 to 6:00 pm
What: Chapter 11 of DITA Best Practices
RSVP: Email canncrochet@gmail.com 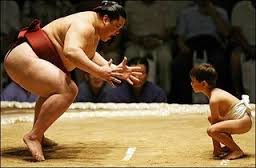 We discussed chapter 8: Metadata and chapter 9: Conditional Processing of DITA Best Practices at the June 22nd meeting of the PDX DITA Book Club. Attendees included a new member from Viewpoint and DITA enthusiasts from Jive Software, NetApp, and Daimler.

These two chapters were a perfect pair to discuss together. Our group members had great tips for using metadata and conditional processing and plenty of examples of how they use them day-to-day.

Couldn’t make it to the meeting but have something to add? How does your team use metadata? Discuss in the comments!

More people are coming to every meeting! You should join us for the next PDX DITA Book Club meeting:
Where: Jive Software, 915 SW Stark Street, Portland, OR
When: August 24, 2016 from 5:00 to 6:00 pm
What: Chapter 10 of DITA Best Practices
RSVP: Email docs@jivesoftware.com

Personally, my favorite thing about short descriptions is the way they show up in mini-TOCs. I love being able to easily view a summary of the information in a set of topics. It helps me organize my information, and it helps readers know what to expect, too.

While it seems like there isn’t much we could add to the illuminating and in-depth presentation and blog post that Marya DeVoto did on short descriptions, here are some highlights from the meeting!

Some great final advice from Marya–if your topics are well-structured, your short descriptions should be easy to write. If you are having difficulty writing it, take a second look at your topic and make sure it contains only one point or task.

Couldn’t make it to the meeting but have something to add? What’s your favorite thing about short descriptions? Discuss in the comments!

More people are coming to every meeting! You should join us for the next PDX DITA Book Club meeting:
Where: Jive Software, 915 SW Stark Street, Portland, OR
When: June 22, 2016 from 5:00 to 6:00 pm
What: Chapter 8 and 9 of DITA Best Practices
RSVP: Email docs@jivesoftware.com

Inline links
We discussed how behavior influences inline links. Readers today are accustomed to inline links because of sites that use them heavily, like Wikipedia. Since readers have become somewhat immune to them, they are neither particularly disruptive nor do they appear that much more important than the surrounding text.

Still, we agreed that it is best to be selective when using inline links and to take advantage of the automatic ways you can create links with DITA, such as the sequence collection type. Toni’s team even implemented an “avoid inline links” policy.

Rel tables
Some of us use them; some of us don’t; and a few of us would like to try.
Advice for starting small with rel tables: They can be added to sub-ditamaps, as long as that sub-ditamap is above all of the links in your rel table. Putting rel tables at the sub-ditamap level also keeps them portable.

Collection types
The collection type we all thought would be the most useful (and some of us take advantage of) is sequence, especially for very long processes and wizards.

Scope attribute
The scope attribute on a link tells your .xslt where to look for the link. The peer attribute is useful when the topic you are linking to is not currently published, so the link will not break your build.

Couldn’t make it to the meeting but have something to add? Do you want to tell about your linking strategy or expound your love of rel tables (looking at you, Josh!)? Discuss in the comments!

More people are coming to every meeting! You should join us for the next PDX DITA Book Club meeting:
Where: Jive Software, 915 SW Stark Street, Portland, OR
When: May 18, 2016 from 5:00 to 6:00 pm
What: Chapter 5 of DITA Best Practices
RSVP: Email docs@jivesoftware.com

We started by talking about information modeling:

We were introduced to new tags and elements by our fellow book club members:

We considered good use cases for submaps:

We figured out who uses bookmaps (and who doesn’t):

Couldn’t make it to the meeting but have something to add? Do you want to weigh in on bookmaps and submaps? Discuss in the comments!

More people are coming to every meeting! You should join us for the next PDX DITA Book Club meeting:
Where: Jive Software, 915 SW Stark Street, Portland, OR
When: April 20, 2016 from 5:00 to 6:00 pm
What: Chapter 7 of DITA Best Practices
RSVP: Email docs@jivesoftware.com

We had a larger group for our second installation of the PDX DITA Book Club on February 17th, including a student from the Masters of Science in Technical Writing program at Portland State University and DITA enthusiasts from Jive Software, Netapp, and Harmonic. We discussed chapters 3 and 4 of DITA Best Practices at this meeting.

Couldn’t make it to the meeting but have something to add? Do you want to weigh in on linking directly in steps or paragraphs versus using <related-links>? Discuss in the comments!

More people are coming to every meeting! You should join us for the next PDX DITA Book Club meeting:
Where: Jive Software, 915 SW Stark Street, Portland, OR
When: March 16, 2016 from 5:00 to 6:00 pm
What: Chapter 6 of DITA Best Practices
RSVP: Email docs@jivesoftware.com

The PDX DITA Book Club is off to a great start! Five DITA enthusiasts from companies such as Jive Software and Netapp met for the first time on January 20th and discussed the first two chapters of DITA Best Practices.

We even grabbed a laptop and tested out a tag or two. Here are the highlights!

The first two chapters touched on tags, specifically task tags, which inspired conversation about how we use certain tags:

We also had some interesting discussions about how DITA influences the way we work:

Couldn’t make it to the meeting but have something to add? Do you use the stepsection tag or the importance attribute? Do you do task analysis as part of your daily writing process? Discuss in the comments!

Even if you missed the first one, join us for the next PDX DITA Book Club meeting:
Where: Jive Software, 915 SW Stark Street, Portland, OR
When: February 17, 2016 from 5:00 to 6:00 pm
What: Chapters 3 and 4 of DITA Best Practices
RSVP: Email docs@jivesoftware.com