It was the second day of the conference and I was not fully awake yet, but my first talk of my day had the demanding name of “Managing Cross-Publication Links Using Shared Key Definitions.” It was by Eliot Kimber, and he asked us if we were ready for the hardest part of DITA. So I tried to rev up some cognitive horsepower as best I could. Kimber is deeply into this subject and he showed many slides of all text and no graphics while precisely describing this area, its background and its problems, and it was really quite good. I almost feel like a link expert now.

Casey Jordan, founder of the easyDITA CMS, gave a talk about applying the programming practice called “continuous integration” to documentation. It was very technical and went at a fast pace (these talks last only about 35 minutes with a few minutes of questions, so presenters usually have to hustle). Jordan called it documentation-driven development. This is an interesting idea and would probably work well if you could implement it properly. Interesting technical details: He uses the open source exist-db XML database, and uses XQuery to query it.

(Sorry I am attending so many of these technical geek-out talks, but those are my interests. The conference does have a much wider range of subjects for most levels of interest and technical expertise. Find more info on the conference site. I have no commercial connection to them, by the way.)

Kristof Van Tomme from Belgium gave a nice overview of late-model web development techniques that make it easier to support the profusion of mobile screen sizes some of us deal with today. These techniques are called responsive design and adaptive content, and he talked about how to implement them with the Drupal content management framework. There was some DITA in there too, because Kristof continues to do work on integrating DITA with Drupal.

I attended a talk called “Global DITA” by people who work for a very large agricultural equipment company in the Midwest called AGRO. They have a huge DITA installation running on SDL Trisoft and they went over how they implemented it, including how they are cleaning up their considerable translation/localization requirements. They ran into friction from writers who were not happy with the changes required of them. They managed to handle the friction nicely by enlisting one of the friction-makers to help lead the effort to change to DITA. I liked hearing the information architect from this farming equipment company talk, with a straight face, about how her company’s information was in “silos.”

I listened to a group from a very big payroll processing company go into the details of how they saved tons of money and increased their translation quality by taking the chaos out of how their company did translations. Jargon Watch: Apparently their term for “paychecks paid to people” is “pays”, as in “We do 4 million pays annually.” They don’t seem to have employees, but they do have 57,000 “associates.” They are also hip to this late-model use of the word “spend”: “We decreased the spend for translations by 40%.”

This translation talk was interrupted by someone who came in and said we had to move to another part of the building because of a suspicious package found downstairs. We stopped everything and quickly moved out. It turned out to be a false alarm and we got back to our talk about 10 minutes later. People are understandably spooked about recent sad events in Boston, and Providence is about 50 miles from there.

Later I saw a talk on efforts to standardize change markup in DITA (and XML in general). And then a talk on ways to sell a marketing department on using DITA. Separating designers from their InDesign is sure to be an adventure.

End of conference day, nothing else on the agenda. I was lucky enough to be invited to a very nice dinner with drinks at a restaurant by a generous CCMS vendor.

Last day of the conference tomorrow!

Technical communication to the rescue in my hotel room: 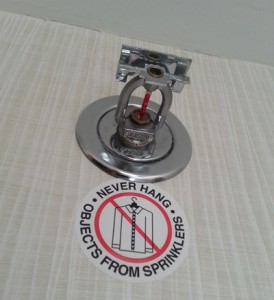